Hosted by Executive Director Devin Pike, the telethon mixes live music and comedy performances, game shows, celebrity and athlete interviews, and special in-studio surprises. Viewers are urged to pledge money through online donations as well as bidding on auction items from the worlds of sports, entertainment, fashion and dining.

Proceeds from the telethon benefit Cancer Support Community North Texas, and the lymphoma and neuroblastoma wards of Cook Children’s Medical Center of Fort Worth.

“A charity telethon, held on Labor Day Weekend, is a time-honored tradition that I have long wanted to be a part of,” said Pike. “I’d prefer for people to open their hearts and wallets without bribery, but I’m more than willing to assemble a world-class show to prime the pump.

“In the final hour of the 2017 event, the crew decided to put me on the spot to produce an annual event. We set the date while on the air, and this time we have several months to plan a world-class event instead of the five-week runup we had for the first event. Both of these organizations need every dollar we can raise, and we’re here to support them as long as we’re able,” said Pike, who will be on-air through the entirety of WHO NEEDS SLEEP with a revolving cast of co-hosts.

Viewers can donate online through WhoNeedsSleep.org, by straight pledges or bidding on auction items (a full list of the auctions and times will be posted in August). Also, business and corporations have the ability to sponsor segments (such as the game shows, or musician performances) or studio spaces for the telethon.

For the second year, WHO NEEDS SLEEP will broadcast from the studios of VOKAL, which features streaming video and audio entertainment for fans of long-form podcasts, classic and alternative rock, and roots and classic country.

“We’re extremely grateful to Devin and WNS – without events like this, we couldn’t help those facing cancer in our community get the much-needed support they need. Every dollar counts, and every opportunity to create awareness helps immensely,” said Cancer Support Community North Texas CEO Mirchelle Louis.

“Cook Children’s is honored and grateful to be a beneficiary of this event. Funds raised through WHO NEEDS SLEEP are helping us provide the best care to the patients in our Hematology and Oncology Program. Without the support of our community, we would not be able to provide leading-edge clinical research and additional resources to help families during their Cook Children’s journey,” said Grant Harris, Chief Development Officer / Senior Vice President of Cook Children’s Health Foundation.

In May, the team behind WHO NEEDS SLEEP formed a non-profit corporation with the sole aim of raising funds for cancer-related organizations. Along with the 36-hour Labor Day telethon, Who Needs Sleep, Inc. plans to produce other fundraising events through the calendar year.

A broadcaster and entertainment reporter since 1981, Pike has been working in the pop culture and geek culture realms as a renowned emcee and panel host for film festivals and comic cons around the country.

With WHO NEEDS SLEEP, Pike is raising funds for a cause close to his heart: he’s a two-time survivor of throat cancer, and organized the inaugural WHO NEEDS SLEEP less than a month after his final cancer treatment session in December 2017.

The video for “Like a Stone” is now available on You Tube!  Check out the video and let me know what you think!

A portion of the sales of the single “Like a Stone” will go to https://www.okaytosay.org

Okay to Say was launched by the Meadows Mental Health Policy Institute and their partners to increase awareness that most mental illnesses are treatable and to offer messages of hope and recovery to Texans and their families.

I was honored to meet Jason Bee today on The Clubhouse Podcast and his new movie Donovan is based on mental illness and the effect it has on families. When he shared his story and said that he was donating a portion of the movie gross to this organization, it spoke to me as well and I hope I can help spread the word.

Here’s the link to purchase my latest single “Like a Stone” on Amazon.com!

I’m really proud and very excited to be able to share this with everyone!  “Like a Stone” is a project that came together very quickly and I’m blessed to have the opportunity to record this amazing song. I hope you enjoy it as much as i enjoyed recording it.

More news coming this Sunday about other “Like a Stone” news, but in the meantime here’s the link to iTunes for the download!

The song will be available on iTunes, Amazon, Spotify and most all streaming services online.

Search Chance Munsterman on any of your favorite sites!

Links will also be provided.

Hey Everyone, just wanted to let everyone know about my friends Rob and Chad's podcast called "The Clubhouse." It's your…

Hey Everyone, just wanted to let everyone know about my friends Rob and Chad’s podcast called “The Clubhouse.” It’s your one stop shop for all things sports and entertainment, and I’ll be filling in a guest seat.

I’m hanging for the whole show, but there will be an exclusive announcement made during the show on a couple of projects I’ve been working on and I’m excited that Rob and Chad are allowing me to come on in and join the fun!

Hope you log in for the show and be sure to listen for the big announcement!

I’m getting ready to release a new music single and video.  Details coming soon, but the release date will be sometime this month!

“Like a Stone” Now Available on iTunes and Amazon

The latest single from Chance Munsterman, “Like a Stone” is now available on iTunes and Amazon and can be found on streaming services such as Spotify, Pandora and YouTube.

End of the Line by Chance Munsterman 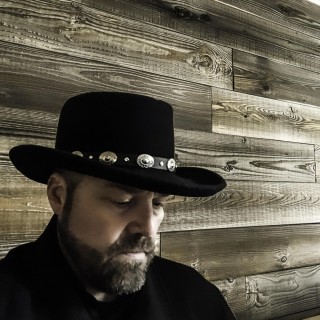